News from our Members

Choose You Choose Us Women's Event -- Tickets on sale now!

Join us on April 23 for the second annual Choose You Choose Us Women's Event. The event will be held at the Sioux City Convention Center. Doors will open at 11:00 for registration and shopping with the event beginning at 3:00! Bring a friend or two...or ten! We can't wait to love on you. Tickets can be purchased at www.chooseministry.com/choose-you-choose-us Your choose team, Jill, Rachel, and Laura 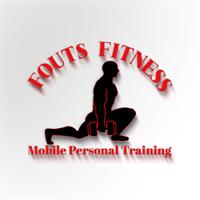 Hello, My name is Jared Fouts, and I am the owner and coach at Fouts Fitness - Mobile Personal Training. This release is to inform everyone I have teamed up with Robbie Carrol at CV Kreative Marketing and will soon have video content to share with all of you! I am very excited to work with Robbie and see what Kreative magic he produces for my exercise demonstration videos. STAY TUNED!

If you have a wedding coming up in 2023, congratulations!  At 2B Imperium, we want to be your partners to get you in shape for the big day, and keep you in shape in the years to come.   Whether you just want to tone up or get to work on making sure you look awesome in your wedding dress, 2B Imperium brings differentiated training methods to give our clients a real and overall life-changing experience. We aim for constant mental, emotional and physical self-improvement.   Save money with our special